Playing football on tarmac, with Anfield Stadium in the background, was an almost everyday occurrence when I was growing up. I still feel the pain of making slide tackles on a surface that doubled as a football pitch most nights and as a car park for fans when Everton or Liverpool played at home. Here, and on the grass of the famous Stanley Park, is where my love of football was conceived.

Some thought we were mad to play football on tarmac but the temporary pitch (it was a car park but not in our minds) had floodlights and that was a gift and just like the moths to the light bulbs, we were drew. The flood lights on a dark night gave us the feeling of being part of something special even though we knew it was just a car park, to us it was Anfield on European Cup night. 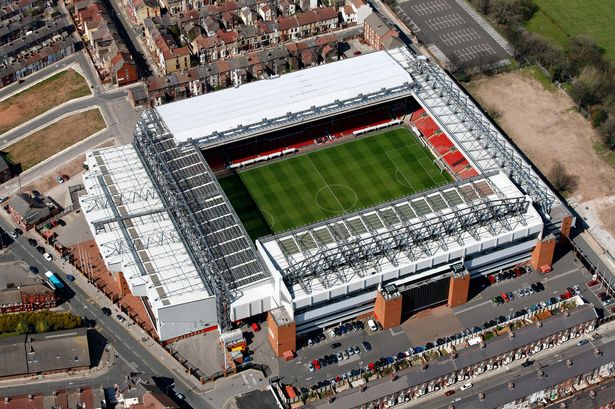 Living in one of the toughest council estates in Europe was always going to make me thick-skinned, streetwise and highly competitive. I never thought for one moment that I would end up living in beautiful Somerset with a wonderful family and CEO of a registered Referee Charity. The decision to make that journey from Anfield in Liverpool to Weston-super-Mare in Somerset would prove to be the best decision I ever made.

Even now, 30 odd years later, the smell of changing rooms or freshly cut grass teleports me back to the various football pitches around Merseyside. The only difference now is I am there as a referee coach and not a hot-headed player who averaged at least 4 red cards a season, some for the sort of tackles you only see on YouTube under the title “footballs worst tackles.” Some were for violence as I just could not control my street temper. 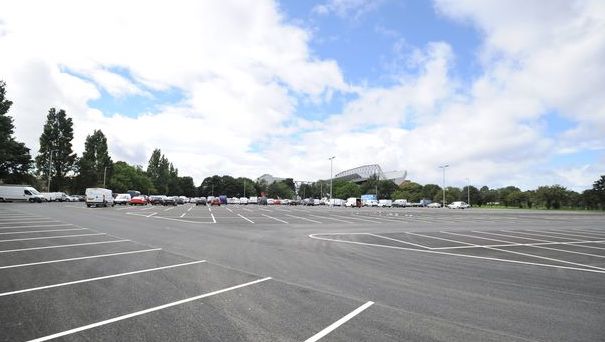 I personally, never thought for one moment that I was a problem player until I moved to Somerset. The first season I hit my “average” for red cards but it was unfamiliar to me to wait for cows to be removed from the pitch before we could play, I was used to burnt out cars and vans delaying the kick off in my home land.

During my second season the manager sat all of us down after a game and said “right lads, let’s all give Scouse a round of applause for not hitting anyone”. A hearty round of applause broke out and players were saying “fair play Scouse we ended the game with 11 today” and “you’re a good player, you don’t have to smack anyone who takes the ball of you”. This was a bit of a shock to be fair and an eye opener.

The respectful rounds of applause were sincere, and it was a turning point in how I behaved. I was later made Captain and after losing a cup final and finishing second on goal difference in the league, I felt guilty at the 4 games I never finished that season due to being sent off and the many games missed through suspension. I couldn’t even play as a ringer as I was the only Scouser in the squad and I was never a wall flower who could keep my mouth shut. I’m still not, if I’m honest. 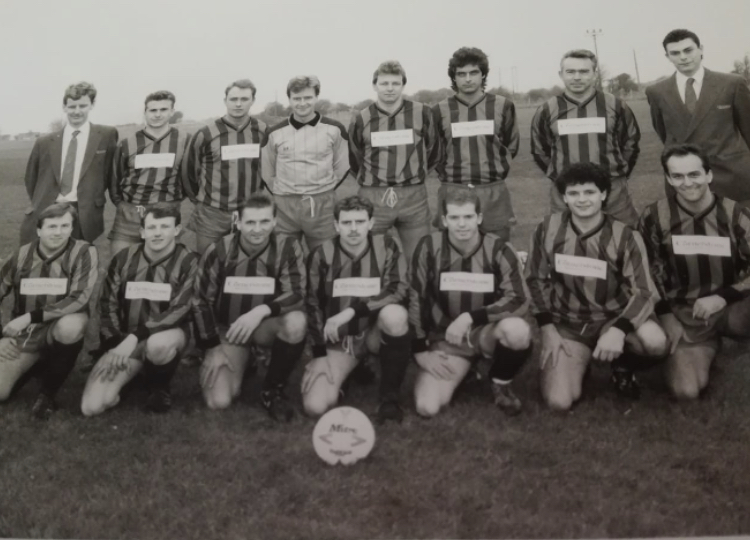 During one of my bans I decided to run the line for our team. This made me feel part of the team, it also kept me moving my knee and gave it a bit of a run without having to kick a ball, (or a player!).

It was during this ban that I was running the line and after the final whistle the ref came over and said “you did well there Scouse (this ref knew me as he had sent me off a couple of times in the past) have you ever thought of being a ref?” I said; “ well no but to be honest I could defo do better than you as you were crap”. He laughed and said “I tell you what Scouse, we have a refs course starting in a couple of weeks and I will put your name down if you think you can do better.” Being one never to lose face, I said; “ alright then” and that was it.

After taking the course, I just about passed. Interestingly, I passed by one mark but I reckon I really failed, as just like today they were desperate for refs and I was in. The course was an eye opener and it soon became apparent that most of the things I had argued with refs about, I had been 100% wrong on.

I finished the season after one more red card and that was it, I was retiring. 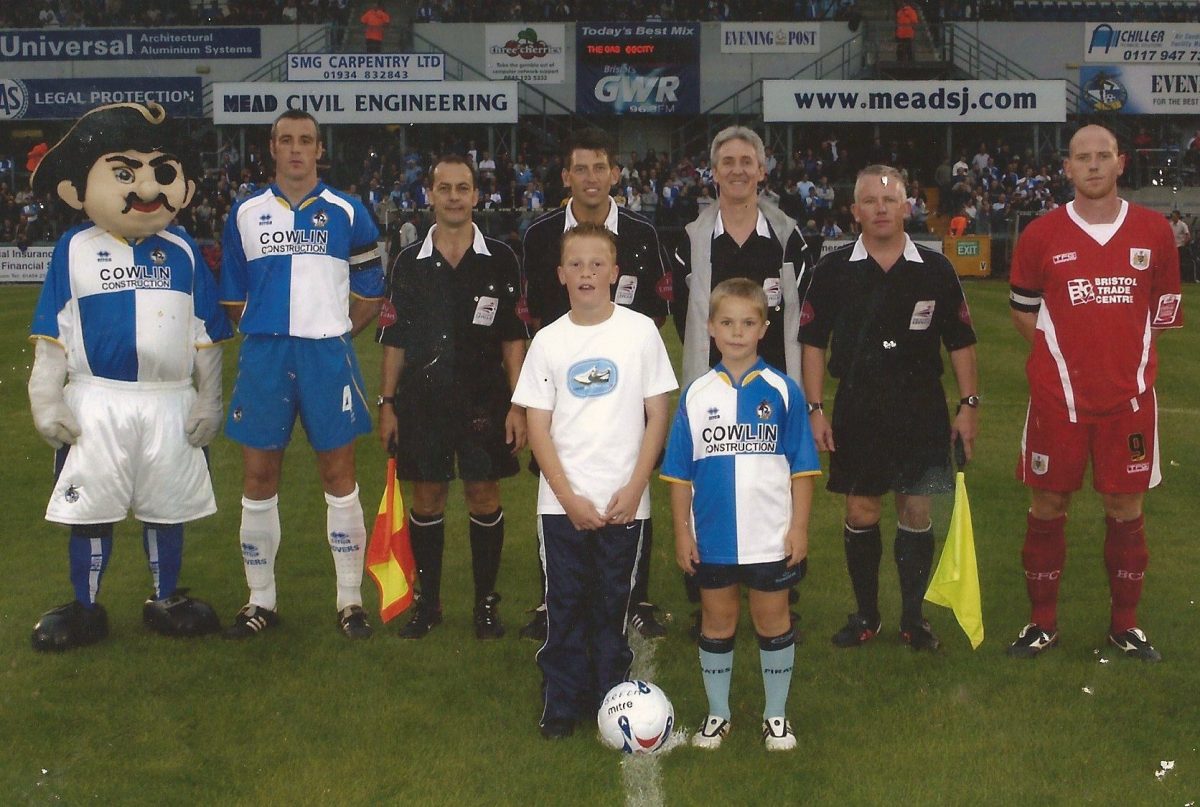 The summer came and went and I had registered as a ref. I did not know what happened next until the post came with my fixtures on a little pack of paper. I was to referee a team called Bournville Rovers at home to Nailsea Town. The reason this has stuck in my head was that this was the club that we lost the league and cup final to. The other reason this sticks in my mind (embarrassingly so) was that I had a fight with two of their players that carried on after the game. This was not going to be an easy day.

When I walked in to the changing rooms one of the lads, who I had had the fight with, who was an OK lad actually; said “are you playing for these now Scouse?” I said “no I am reffing.” He and his teammates burst out laughing and shut the door.

1.45pm arrived and I walked out on to the pitch with two flags under my arms and a ball in my hand. Their faces were a picture when they realised, I wasn’t joking.

I did the bit where you give the flags to a sub to run the line, who never really want to do it, and I called up the captains. As I was doing the toss, one of the captains burst out laughing and was pointing at my socks, the other captain started laughing as well but I couldn’t understand why they were laughing. I then realised I have put my shin pads on and taped my socks up. It just didn’t feel right wearing football boots, Puma Kings to be exact, and not shin pads. I carried this on for a couple of seasons and it was always a talking point with players who appreciated that I must have played and gave me an easier ride I reckon. That, or I was just some nutter from Liverpool who had blagged a ref’s kit, both were true, sort of.

It was a cracking game and I really enjoyed reffing it. I had a pint after the game with the home team an apologised for being a knob when I last played against them. I would have carried on wearing my shin pads for longer to be honest however, when I started climbing the refereeing ladder, an assessor thought it was  “inappropriate” for me to be wearing them, “you’re not a player anymore Mr Cassidy” he said, resulting in docking a point in my final score under the “Appearance ” section of the assessment.

The season finished with me being voted Referee Of the Year by the teams in the league and I picked up a nice trophy that I still have today. That was it, I had finally done a full season without getting sent off. My first I can remember.

I was now addicted to being “that scouse ref”.

Within 7 seasons I would be on the EFL as an Assistant Referee. That’s a tale for another day.